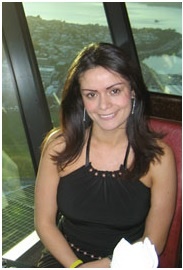 Although it seemed like an unattainable dream, studying English abroad was always in my mind, even in high school. I imagined myself living in a cosmopolitan city and not at all ordinary, taking classes with people from one country and another and experiencing total freedom. By the time I finished my career in university as a systems engineer, about 6 years later, the idea had lost strength in my mind although I had not ruled it out in its entirety. I was trapped inside the everyday life of my daily life and my work in the commercial area of ​​a major company in Bogotá, which had taken 100% of my time.

A couple of years later I realized that something was missing in my life, I felt the need to take a 360 degree turn. It was there when the option to leave the country came back to my mind, so completely determined I began to study all the possibilities. However, no matter how motivated I was, I was scared by the idea of ​​visiting a place where I only had very basic knowledge about their language, zero English to be more honest. The economic issue was not indifferent either, it was an important investment, basically the savings of my entire life so I could not take many risks. Whatever my decision was about where to go and with whom, I had to be the best.

I took the subject very seriously, so I started searching the Internet. I received several brochures from schools and universities in the United States, Great Britain and Ireland. United States was not one of my favorite destinations and the visa process for the topic of relations with Colombia was not very feasible. Ireland came out of my options early on when I started to find that the weather station during the biggest season of the year is winter. Great Britain seemed my first choice, however it exceeded my budget. So I kept looking for other options and it was when they appeared in the panorama Australia and New Zealand through their agent offices in Bogota. The idea of ​​traveling to the other side of the world seemed super tempting to me.

In my search for the best place to realize my dream, I remembered that a friend of one of my best friends from the office had traveled to New Zealand 3 years ago and had started a new company as an agent of educational institutions in NZ. So I contacted Mery Sofia and from then on I received her full support. Through her company she got a very good rate for me in a school in Auckland, she organized my stay and she made sure that every detail was taken into account so that I would enjoy my stay in NZ. Live in New Zealand helped me throughout the process, from picking me up at the airport when I arrived to showing me where to take the bus to school or how to buy cards for my cell phone, etc. I went from not knowing anyone in this city that was completely new for me to belonging to the circle of friends that in one way or another had to do with Viva in New Zealand.

When my course finished 6 months later, I was shocked with the beauty, tranquility and security that the city offered me. So I decided to settle in Auckland initially for a couple of years, perfect my English and practice my profession, which would open the doors in Colombia for a better job opportunity. Three months later, thanks to the contacts that Mery had through Viva in New Zealand, I got a job offer to work in technical support at a major company in Auckland.

Today two years after signing my contract, I received an immigration letter saying that my residency has been approved, I feel very happy and satisfied with the work that Mery and her work team have done for me, so it seems just that others know my testimony and judge for themselves when choosing an agent in NZ.